What kind of board game?

What kind of board game?

Before we started to create Arcadia Tenebra we didn’t have game design experience. Some of us were, so to speak, average boardgame players. We played: Chess, Ludo, Monopoly, Cluedo, Risk, and World of Warcraft Board Game. But, on the other side, we had a lot of experience in playing computer RPGs (Planescape: Torment, Baldur’s Gate, Baldur’s Gate: Shadows of Amn, Fallout, Fallout 2, Dragon Age: Origins). So, it is not surprising that Arcadia Tenebra may feel like a computer RPG played on board. As we were developing our game, we begun to play board games that we believed would be more or less on the same track with Arcadia Tenebra, such as Arkham Horror, Folklore: The Affliction, Descent 2.0: Journey in the dark, Fallout: Boardgame, Machina Arcana… However, we found out that, although we have some things in common with these – truly great – boardgames, Arcadia Tenebra somehow turned out different. We believe the reason for that is twofold. First, we were new to boardgame design. Second, half of our core team are writers.  For this reason, Arcadia Tenebra turned out a bit of a mutant game in terms of gaming mechanism, knitting the story, building replayability etc.

First: we wanted to create a fast-paced, action-movie like, RPG boardgame. Sure it is fun to have dungeon master and roleplay with pen and paper but that fun ends when your turn ends and you have to wait for other players to play their turns. At least, that was our pen and paper RPG experience. Maybe we had lousy DM? Who knows? However, we want that downtime in Arcadia Tenebra to be as short as possible. Therefore, there is almost no waiting in Arcadia Tenebra. When your turn is over, you play next turn as a monster against the next player in a row. Now, that’s cool! Isn’t it? 🙂

Easy to learn and simple to play

Second: we wanted to make a game that is easy to learn and simple to play. The basic playing mechanism is so simple to learn that even a player with little board game experience gets to know how to play in just a couple of rounds. Experienced RPG adventurers jump in the game in a matter of minutes. Confirmed on numerous playtesters during five years of development. 😉 Trust us.

Great tale in one gaming session

Third: we wanted to write a great tale and tell it in one session. To us, the story matters the most (we are writers, remember? 🙂 ). We believe if you do not have a compelling story, memorable characters, good background, and credible world setting, you’ll just have another game in the genre. If you feel some kind of emptiness after playing a game, that’s where that feeling comes from – a story isn’t written very well or a story doesn’t exist at all! In a way, we used a board game as a medium to tell the story. It’s a little bit of exaggeration but it clearly shows how much story is important to us. Also, we didn’t want players to play 30 or more hours to finally find out who the mysterious murderer is and to stop him. We want to tell the whole story in one game session and we did that. Now, that may imply that the replayability rate isn’t high but that’s not like that: we never played two same games and we have been playing Arcadia Tenebra for quite some time. 🙂

“Knowing how the story ends, doesn’t give you a clue how it unfolds. For instance, take your life. You know how it ends but you know nothing about what will happen in a meantime.” – Mara, playable character in Arcadia Tenebra.

A board game with a twist

Fourth: we wanted to move away from Tolkien’s mythology and its variations and offer something a little bit different. We want to explore what happens when the mythological and rational world(view)s collide. Something we’ve partially seen in movies like Sleepy Hollow and Brotherhood of the Wolf. We found that collision and that part of human history (more about setting here) very inspiring and we want to explore it through this board game. How those two worlds interact, how individuals handle change, what would they do when their world(view) shatters, how they can adapt to the ever-changing flow of human history, would they adapt to new conditions or they will hold their ground in spite of everything? That questions won’t appear directly in a game but are in the core of Arcadia Tenebra and players will feel their echo every time his plans or imaginations what will happen next crumbles with every new drawn Unluckie. 🙂

That’s why we call Arcadia Tenebra a board game with a twist. 🙂

Fifth: we wanted to create a dark game but not a game that takes itself very seriously. In the end, games supposed to be fun. So, there is a lot of humor in Arcadia Tenebra. Often dark one but not cynical or sarcastic. Some of our playtesters, experienced board game players and designers, said that Arcadia Tenebra is a satirical game. We’re not sure that is entirely the case since most of our jokes are not on behalf of society but on behalf of a player’s character. Or a player itself. 🙂 If you are familiar with Monthy Python’s movie “Meaning of life”, or a Douglas Adam’s novel “Hitchikers guide through a galaxy” – that kind of humor you may expect in this game. If not, you may get the taste of it in this video:

Always look on the bright side of death. 🙂 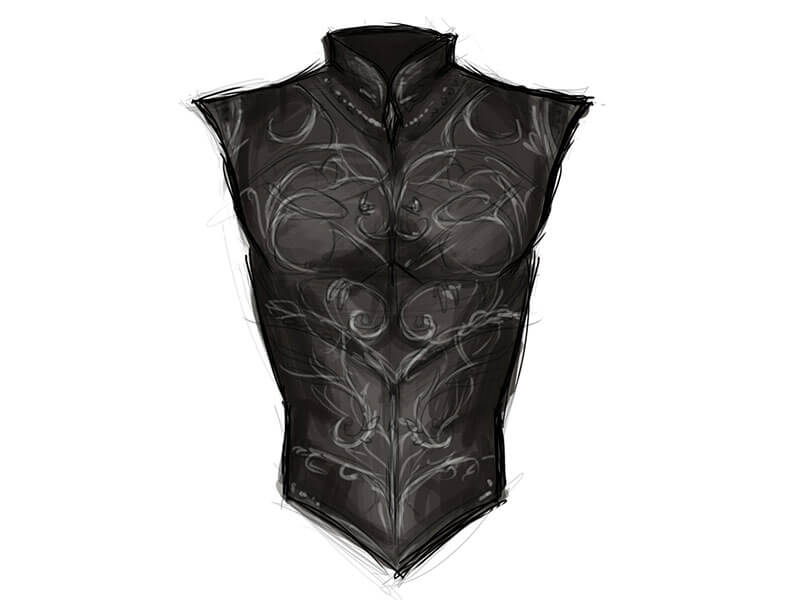 Do you feel Luckie, punk?

Do you feel Luckie, punk?